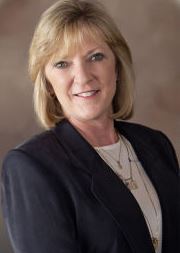 Jane M. Lawinger started practicing law in Fayette County in 1991. She was the first female attorney to practice in Fayette County. Jane Received her Juris Doctorate from DePaul University. Jane M. Lawinger started Lawinger Law Office in 1997 with an office on Fifth Street. She expanded Lawinger Law Office moving into the present address at 629 West St. Clair in the “House of Cocagne”. Ms. Lawinger purchased the “House of Cocagne” on April 7, 2005.

Jane received her Bachelor of Science degree in Criminal Justice at UW Platteville Wisconsin. She worked several years with the Wisconsin Public Defenders Office assisting in a wide variety of criminal cases, including, murder, burglary, theft, and other criminal cases. Jane’s first mentor was the well respected Seth Stoltz. She then went to McClain, Virginia to gain experience in the area of civil litigation. Jane worked at a McClain law firm, Walton & Adams, for several years until beginning law school in 1988. She assisted Attorney Elaine Bredehoft in the preparation and trials involving civil litigation. Jane had a wide variety of legal experience prior to receiving her law degree in 1991.

During her 22 years of practice, Attorney Lawinger was involved with numerous criminal and civil jury trials. She also acted as Special Assistant to the Attorney General of the State of Illinois for over 10 years. She has a vast amount of experience in the family law area which includes divorce, custody, adoptions, child support, Orders of Protection and appeals. In addition, Attorney Lawinger has experience in the areas of civil litigation involving personal injury, workers’ compensation, school law, nursing home law, real estate, condemnations, bankruptcy, federal criminal law, automobile accidents, wrongful death, as well as, the Human Rights Commission. Jane has also had numerous wins in the Fifth District of Illinois Appellate Court.

If your legal matter is important enough to contact an attorney, it is important enough to contact an experienced, proven attorney that can get the results you are seeking. Attorney Lawinger has extensive bench and jury trial experience with a very high success rate. Attorney Lawinger has been extremely successful over the years. She is known as someone who will fight for her clients. Her experience, work ethic, commitment to her clients and aggressive approach has left her with a well deserved reputation as a highly successful litigation attorney who gets results. This reputation was built around thousands of successful outcomes and 60+ hour work weeks.

In 2009 and 2011, Jane M. Lawinger received a BV Distinguished Award for Very High Rating in Both Legal Ability and Ethical Standards. This rating was earned through a strenuous peer review rating process which was managed and monitored by Martindale-Hubbell. The peer review rating process evaluates lawyers in the United State and Canada solely based upon peer review. These ratings are based on performance in five key areas – legal knowledge, analytical capabilities, judgment, communication ability and legal experience. A peer review rating attests to a lawyer’s legal ability and professional ethics, and reflects the confidential opinions of the bar and the judiciary. Jane received the highest possible rating in both legal ability and ethical standards in 2009 and 2011.

Jane’s rural, agricultural and family-oriented background has served her extremely well in understanding and relating to local juries and the value systems that influence their decisions. Jane has chosen to provide her children with the same values, work ethic and environment she experienced in her childhood.

Commitment to Clients – Jane will always be an advocate for clients and do what is necessary to ensure that each client feels that he/she has received the best legal representation possible. Jane will give 100% at all times. Her devotion to winning is such that she will take as much time as necessary and use all the available resources to provide the highest quality of legal representation.