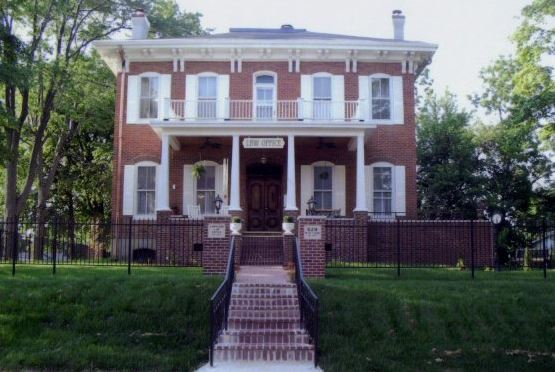 In 1857, the original house was built by Mr. James Berry. It was in 1866 when James Berry sold the property to Dennis Cullity of Ohio, who constructed the large addition in 1873. This addition increased the house’s capacity fourfold. It was constructed in the Italian Villa style architecture.

In 1879 Dr. George Bassett, the third owner, purchased the house from Mr. Cullity. It remained in the Bassett family until 1917. It was then Saraphin Napoleon Cocagne and his wife (Josephine Brule) retired from their farmhouse to this stately house on W. St. Clair Street.

In 1967, Dr. Phillip E. Cocagne (eldest grandchild of Saraphin and Josephine Cocagne) and his wife, Florence (Morici) Cocagne, purchased the home from his Aunt Alda (Cocagne) Paine, who had been willed the house from her parents. 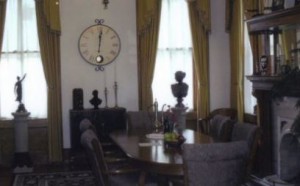 A five year restoration of the entire house was completed in 1972. The house was given the warmth of a typical Victorian middle class home of the 1880’s.

In the spring of 2005, Jane Lawinger purchased the property from Mitch and Jamie Harrison, relatives of the Cocagne family. September marked the beginning of yet another phase of restoration and continued preservation of this stately house.

It has always been Jane’s goal to retain the beauty and heritage of the house while making it a practical and functioning law office. The wooden double front doors with the arched transom above stand to greet all who enter the house.

Each of the interior rooms have been carefully restored to enhance their elegance, including, the hardwood floors in Jane’s office and the conference room. These were originally installed in the 1920’s and were exposed and completely reconditioned back to their natural luster. Opera-style draperies accent the windows in these two rooms. Also, beautiful oriental rugs compliment the theme of each of the downstairs rooms.

All chandeliers have remained in use throughout the house. The brass gas lamp in the front foyer originated from an old Indiana firehouse. The bathroom lights upstairs were originally gas lamps from a San Francisco hotel. 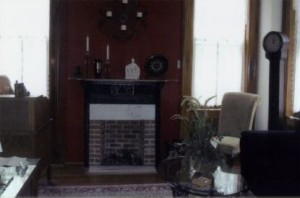 The Anaglyptos (plaster trims) from England continue to adorn the 12 foot high ceilings in each room. There are five of the original ten fireplaces still intact, including the oak mantle which came from Alexander P. Fields (Secretary of State of Illinois 1820 – 1840). This ornate mantle was given to the Cocagne family courtesy of the Burtschi sisters. This beautiful fireplace mantle is located in the conference room, formally known as the “parlor”. A witness stand was built in the corner of the conference room adding a legal presence to the decor to the room. The bathroom on the first floor has been completely renovated keeping the stained glass window that once was part of the Valderes, Wisconsin Lutheran Church C 1857.

Behind the house, where once was a wood porch and a large sunken cistern laid, now stands a beautiful red brick courtyard. New brick pillars bordering the property enhance the black wrought iron fencing that in earlier years had also surrounded the corner lot. Red brick pavers have been placed in a basket weave design for sidewalks around and leading up to the house. 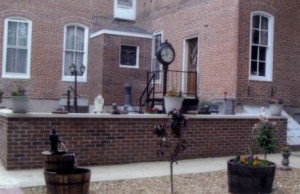 The wooden front porch was completely removed, elevated and rebuilt using old fashioned square nails, typical of the era. A handicapped ramp was added along the east side of the house.

The new front courtyard welcomes you to this stately property. The garage has been renovated with limestone and cedar siding to give a carriage house appearance of yesteryear.Written by Billy and Patti Lawinger with inspiration and information from the Cocagne family.